It looks like someone with quite some experience tinkering with Arduino’s and the likes decided to sit down on a rainy sunday afternoon to write Santa a wishlist with everything he would like to see in the next Micro Controller Unit. However, that wishlist wasn’t sent to Lapland, but to China, where the good folks of EspressIf have materialize this wishlist in a brilliant little ARM based controller that is clocked at 80Mhz and can be overclocked to 160Mhz (For reference, Arduino’s run on 16Mhz), it has WiFi built-in, has 64KBytes of instruction RAM, 96KBytes of data RAM and 64KBytes boot ROM and has a Winbond W25Q40BVNIG SPI flash for your code. On top of that, it has GPIO, I2C, ADC, SPI, PWM and actually some other nice acronyms. One of the biggest advantages is the fact that it is really dirt-cheap though. With a price of only $4, it is actually cheap enough to be put in everything and anything.

Because of that, I have also started playing around with the chip and ordered a few of them through Banggood and Aliexpress. Please find some of my experiences with the chip below: 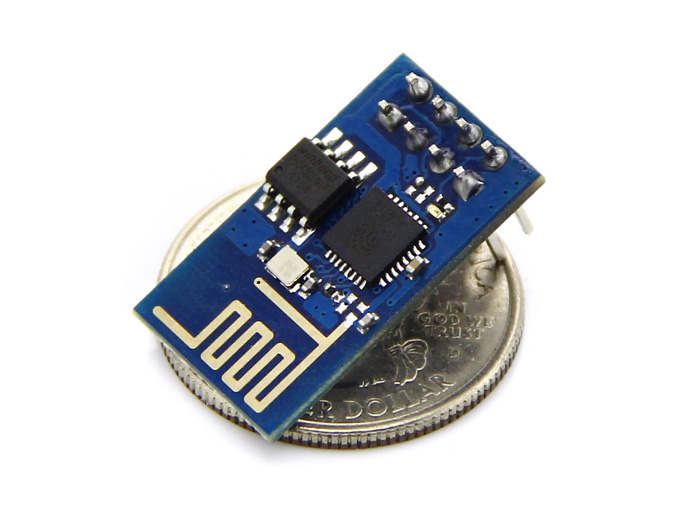