New version of the NodeMCU board

Published by Jan Penninkhof on August 5, 2015

I never really liked the NodeMCU, because the board was too fat. If you stick it into a breadboard, you’ll basically cover the entire breadboard and you’ll not be able to wire it up anymore. However, there’s a new version available now, which is an absolute blessing. On a breadboard, it still leaves a row on both sides uncovered, so that you can very easily wire it up to sensors and actuators.

With this, I really like the NodeMCU to experiment with. With a price of $6, it is hardly any more expensive than a bare ESP8266 module and save a lot of trouble. Instead of linking up a seperate USB-to-serial adapter, there’s a USB-port and serial-to-USB chip (CP2102) included on the board. To power the chip, the board has a power regulator (5V to 3.3V) to be able to power the ESP8266 with the power from the USB port. On top of that it has two push buttons for flash and reset, which are super convenient if you’re developing and app and are flashing the chip frequently.

In the pictures below, I have wired up the ESP8266 with a DHT22 sensor, similar to the setup of my previous blog. Look at the amount of clutter that has been removed now! 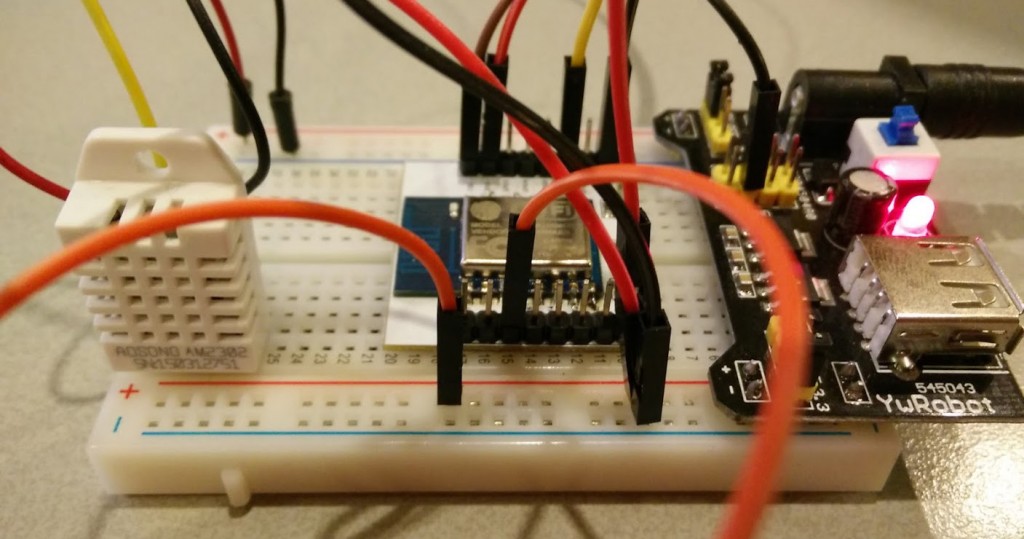 And do note that in the picture above, you’re not even seeing the clutter caused by the USB to serial adapter that’s between the board and the USB port. 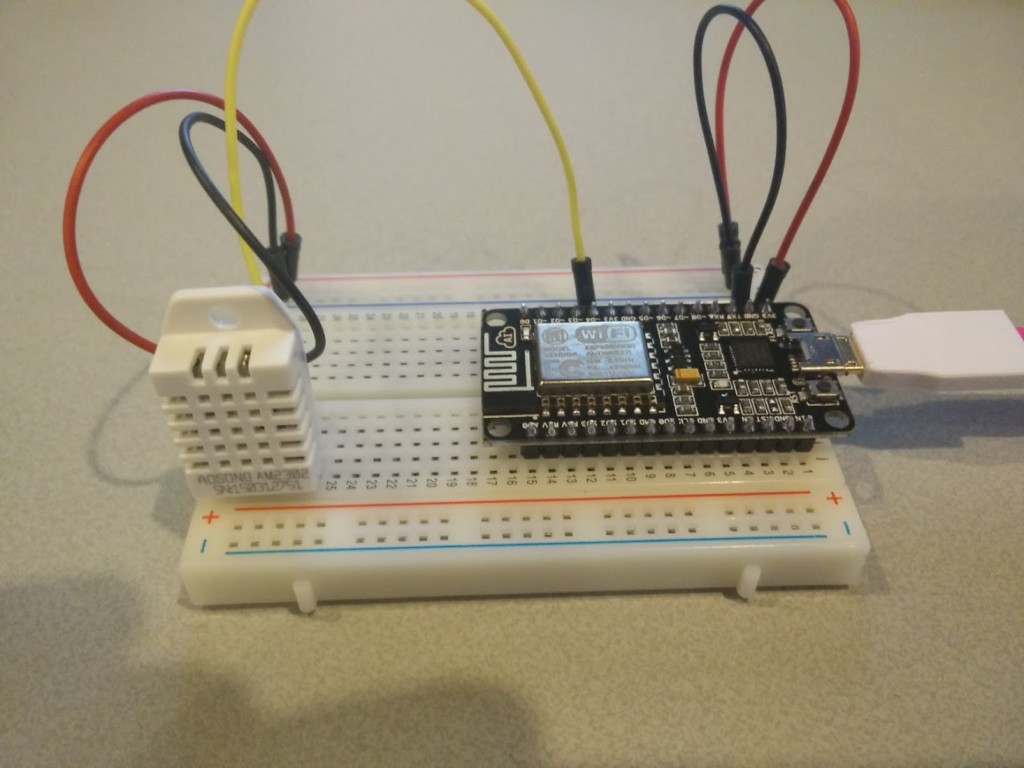 The only thing I really don’t understand is why the NodeMCU boys decided to renumber the GPIO-ports:

My HCP firmware used GPIO2 to read the the DHT-22 thermometer module, but because of this renumber thing they do, I had to connect it to pin D4.

To me, this doesn’t make sense… But perhaps someone can explain in the comments?