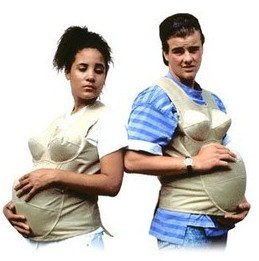 Published by Jan Penninkhof on December 11, 2012

In recent blogs, conferences and unconferences, there has been a good deal of emphasis on the importance of empathy in a business environment. And although empathy is definitely important, I just refused to believe that it is the holy grail that will automatically lead to success.

Empathy is important. It is the foundation of both altruism and collaboration. Without it, the world and the role of human species wouldn’t have evolved in the way it did. It is also a fact that empathy seems to be disappearing from our current “it’s all about me” culture. Narcisissm is flourishing and this study found that 30% of young people were classified as narcissistic.

Narcissism and lack of empathy is unwanted in society and leads to excesses like the murder of James Bulger:

Two-year-old James Bulger was separated from his mother in a shopping center in Liverpool, England. A security camera showed two ten-year-olds, Jon Venables and Robert Thompson, leading the toddler away. The boys threw more than twenty bricks at the two-year-old, kicked him, tore off his lower lip, stripped him, and possibly molested him. They then left James’s body on the tracks to appear as though the murder were accidental, and went into a video store to watch cartoons on television.

It is not a surprise that many people want to turn this around and get people to be more empathic. Unfortunately, this has almost led to an empathy craze. Empathy is mentioned during many leadership talks and there are shelfloads of books about it: “The Age of Empathy,” “The Empathy Gap,” “The Empathic Civilization,” “Teaching Empathy,” etc. During #SITNL I even wondered if empathy hasn’t just become a popular buzz-word:

Just an observation... "Empathy" also seems to rapidly become another popular buzz word. Are kittens being killed for this already? #SitNL

However, a business is not the same as a society, and I wondered if empathy would also make a business run better. After giving it thought, I’m afraid that beg to differ in that area. As a matter of fact, I have the feeling that both the corporate as well as the political world are perhaps dragged too much into “empathy thinking”, with too much talk and too little vigor and progression.

Management is not a popularity contest and there are several examples that underline this. Take for example Steve Jobs, admired by many, but when it came down to working with people, he was a merciless tyrant. Another example is Richard Branson, who even grins like a shark.

It is not the nice guys that make the difference. But because of their personality, they are able to put down something very good. German philosopher Nietzsche once said: “Die Starken streben ebenso naturnotwendig auseinander, als die Schwachen zueinander.” Being in the game not to make friends sounds harsh, but it does make sense if you see Steve Jobs and Richard Branson in action.I just go there once in a while to check what’s available.

The many “rescue packages” that Greece has received have been an interesting example in politics. Because they were all too little too late, the Greece’s debts have increased even further. Economists agree that quick and adequate measures would have helped, but politicians of the Euro countries wouldn’t have made friends with their voters.

In this time of economic downturn, we need inspiring, strong managers and leaders. Managers that are able to innovate and politicians that can help us to conquer the economic crisis. People that are not always very empathic, but step up and dare to take necessary, unpopular decisions. Enough of the touchy feely stuff, and back to action please!