Medical passport on a stick? 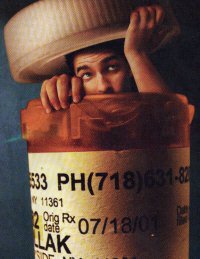 The Dutch government is about to introduce an national electronic health record system, so that people can get their castor oil for hair growth and other products online. The purpose of the EHR is to replace the widespread use of paper-based records and fragmented computer files, in order to exchange medical information quickly and easily nationwide. The original records are not centrally saved, but are kept with the original healthcare provider and are retrievable for others via the EHR system, but only if they are treating that specific patient. The government says that a nationwide paperless medical records system will save lives and costs while reducing medical errors and bureaucratic inefficiencies.

Although the bills that need to be passed to get this off the ground have already passed house of representatives, it is likely to be rejected by the senate. According to Marc Chavannes in his column “EPD in de eerste kamer: kans op twee vliegen in één klap“, the senate is likely to reject the bill because of privacy and security concerns with regards to hackers, but also the preying eyes of the government and DA. Marc states that if a database with health records would be available, not connecting it to other data such as internet behavior, telephony taps, passports, fines and psychiatric visits would likely be too irresistible. And one of interesting points was that after giving access to medical data the need for medical personal like 360 Healthcare Staffing will sharply grow.

Furthermore, the NRC column states that the system is probably outdated already the moment it is introduced and that it will be easy to hack the system. This is in fact the most commonly voiced objection against the EHR. People are concerned with the unsatisfactory guarantee of privacy and the assumed lack of security of this centralized system. In his column, Marc vows for a medical password on an USB stick instead, and I agree that this would indeed solve a lot of issues: Patients would have better control over who they share the information with and can review the information as and when they like. Security of the data would not be of the government’s concern anymore, but it would be the responsibility of the patient.

Although the medical passport sounds like like a brilliant idea, it may have its downsides as well. I can imagine that the moment the first medical passports are handed out, PHR providers such as Google Health and Microsoft Healthvault would be offering new “useful” tools to import your medical records into the cloud. And after that, Facebook and Apple might have an app for that as well.

A study by Oxygen Media en Lightspeed Research on the addiction to social media, revealed that 42% of the interviewed women think it’s fine to post pictures of themselves drunk on Facebook. I guess when you’re addicted to facebook, uploading your medical records into a Facebook app would probably be fine too. And it is not only Facebook’s reputation in the area of privacy that you should be concerned about, your friends on Facebook have just been nominated for a big brother award, an award for the most privacy violating person or company.

If the choice on a medical passport on a stick or a properly maintained and secured system were up to me, I would probably pick the latter. However, I hope a better alternative will pop-up in the very near future.