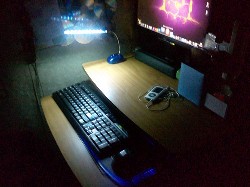 Published by Jan Penninkhof on November 2, 2009

As long as I am developing custom software based on SAP, I have always had the need (or maybe desire) to play around with some new functions or try something out that I didn’t want to do in a regular SAP enviroment, either because it would jeopardise operation or just didn’t have anything to do with the current project or business.

Previously SAP had several types of licenses available that could meet this demand:

However, there was always a catch:

During the Teched I learned about some excellent benefits:

As with the previous license there are some caveats as well, but I can understand where they come from and aren’t as limiting as the previous issues. Rui Nogueira told me that they didn’t call it an “Individual Developer’s” license for nothing. They don’t want companies to run productive applications on it and also wouldn’t like to see ISVs to develop products on it. Not only would it cause legal issues in the area of liability, but there are other and better licenses available to fulfil that need. For my personal hacking and experimenting with SAP’s latest development environment, this license is a perfect fit though.

Although I might be too too late with my wish-list regarding this license, it may not hurt either: